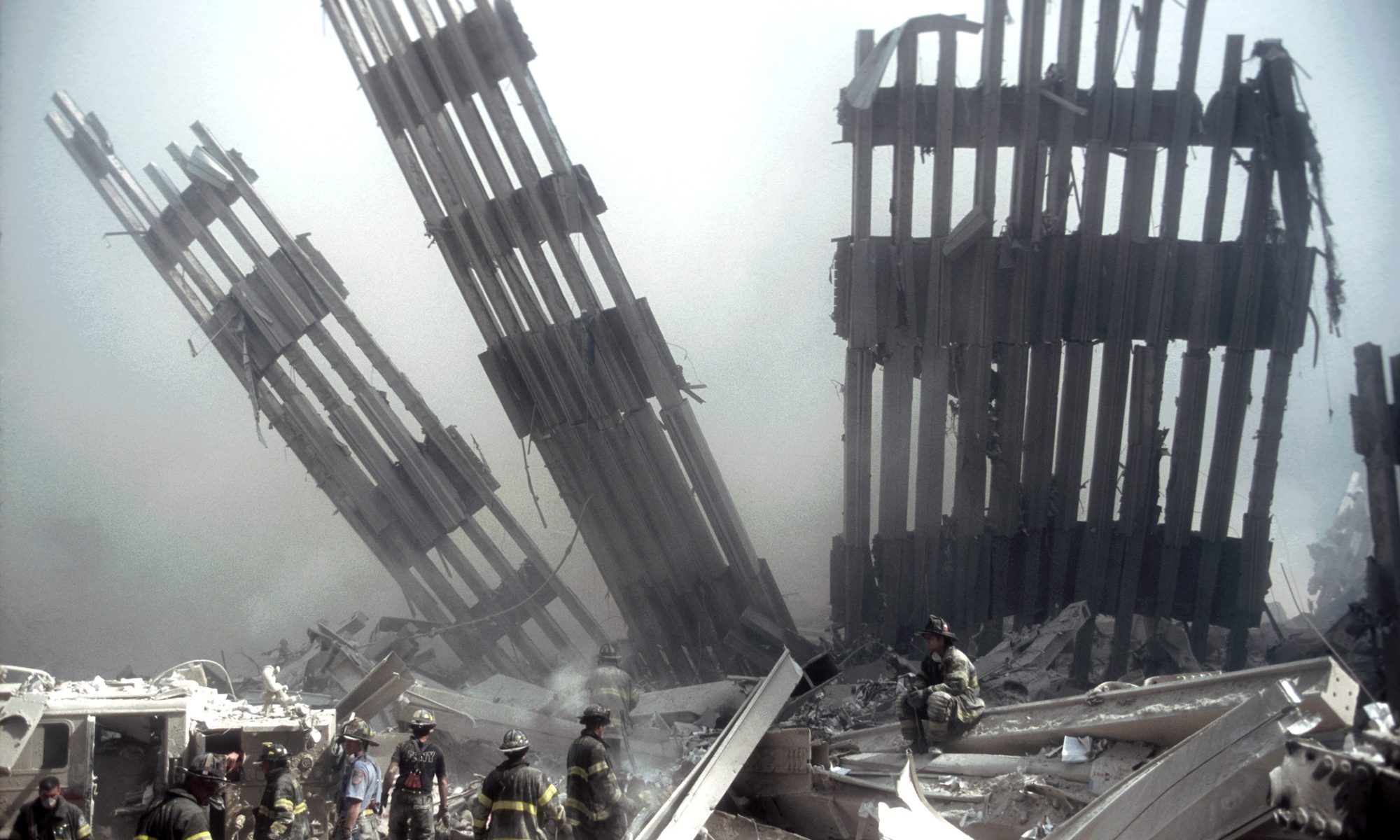 Public Master Class on the Events of
September 11, 2001

The 9/11 Perspectives Master Class was held in Zurich, Switzerland, on Sept. 11th 2019.  If You weren’t able to be there or were there but would like to see all or part of The Event again, YouTubes of all of the Speaker Presentations are below, as well as of each of  the four Parts of the Event, addressing the WTC (Part Ia), the Pentagon (Part Ib), the Lawyers’ Committee for 9/11 Inquiry (Part II), 9/11 and Academia including the Keynote address by Dr. Daniele Ganser (Part III), and the Panel Discussion (Part IV). Below the Videos You can download the Event Flyer and Program.

Jan van Aken is a Founder and Board Member of the 11 September Foundation, which co-sponsored this Public Master Class. After meeting with Germany’s then Minister of Technology Andreas von Buelow in 2005, he became convinced of the impossibility of the official narrative of the September 11th attacks and has been active in the 9/11 Truth Movement ever since. Mr. van Aken is an active player in Europe’s Energy Transition and serves on the Boards of a number of organizations predominantly related to the European Energy Industry. His career includes assisting with the pioneering liberalization of the Industry through promotion of a level playing field, transparency and competition and organizing conferences in Europe, Asia and the Middle East. Mr. van Aken studied at Nyenrode Business University and earned an MBA from the American Graduate School of International Management in Phoenix, Arizona.

Youtubes of The Zurich Event 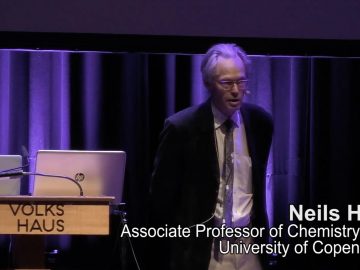 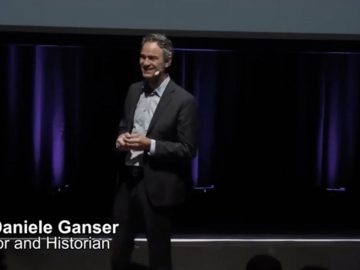 Daniele Ganser - Research on The Collapse of WTC7 in Switzerland: Why Is It So Difficult? 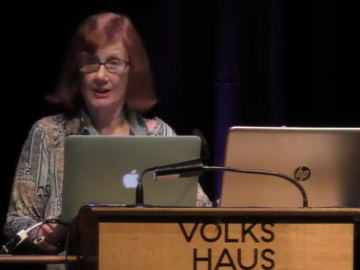 Piers Robinson - The Genesis of The 9/11 ‘War on Terror’: How Much Does Mainstream Academia Really Know? 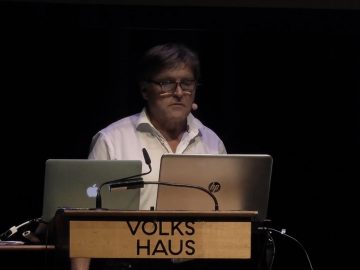 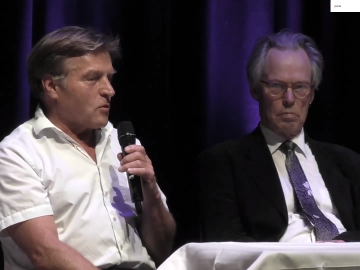 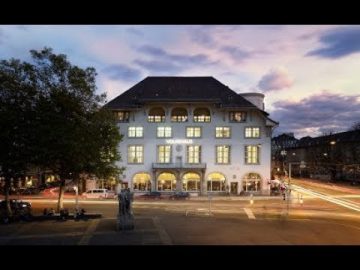 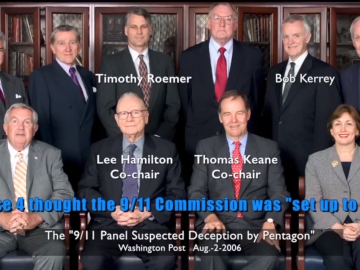 Part Ib, Barbara Honegger, "Parallels Between the WTC and Pentagon Evidence and Why It Matters"

Architect Richard Gage AIA, 30-year architect and founder of Architects & Engineers for 9/11 Truth, will present the newly released, groundbreaking findings of the three-year finite element analysis study performed by University of Alaska Fairbanks Civil Engineering Professor Leroy Hulsey, which demonstrate beyond any doubt that fires [the official explanation] did not cause the destruction of the 47-story World Trade Center Building 7 on 9/11. Gage will proceed to outline the overwhelming scientific evidence, cited by more than 3,000 architects and engineers, of what did cause the destruction of the third New York skyscraper that day: explosive controlled demolition.

“The Chemistry of 9/11: A Consistent Collapse Model for the Twin Towers”

It is very difficult to ‘see’ what you see if you do not like what you see. The World Trade Center Twin Towers did not collapse on 9/11 — they were blown up — or rather, blown from the top down. To do that, you need to use energetic materials like explosives and incendiaries, and they need to be pre-placed in the buildings. There has been some ambiguity in the interpretation of the chemistry associated with the destruction of these buildings. The term energetic materials is used collectively for explosives, incendiaries, propellants (rocket fuel) and the like. Explosives and propellants do work and move things around, whereas energy from the use of incendiaries is released as heat. The advent of nanotechnology has allowed for the ‘tuning’ of energetic materials between these two extremes. Thus, the thermitic nanomaterial found in the World Trade Center dust does not necessarily fit into one or the other traditional category. This Presentation clarifies these matters and leads to a consistent collapse model explaining what we see in the Twin Tower videos that were viewed by more than a billion people worldwide in real time.

“The Structural Dynamics of the Collapse of the North Tower”

Dr. Ansgar Schneider holds a master of science degree in physics and a Ph.D. in mathematics and has conducted research and taught at several universities and research institutes in Germany. His popular science book Stigmatisierung statt Aufklärung published in 2018 documents key scientific aspects of the collapse of the three WTC skyscrapers and the defamatory public debate about 9/11. His paper ‘The Structural Dynamics of The World Trade Center Catastrophe’ was accepted for presentation at the 2019 Congress of the International Association for Bridge and Structural Engineering whose offices are located at the Swiss Federal Institute of Technology in Zurich. The Conference was held in New York City Sept. 4th through 6th. Dr. Schneider’s presentation will summarize the main points of that peer vetted paper.

“A Swiss Engineer’s Perspective on the WTC Collapses”

As a Mechanical Engineer in Switzerland for over 40 years specializing in statics / dynamics / thermodynamics and the design and survivability of building facades as well as founding my own engineering company [www.mebatech.ch], I have been seriously investigating the video, witness and forensic evidence relating to the destruction of World Trade Center Buildings 1, 2 and 7 on Sept. 11th for the past four years. This included obtaining the blueprints for these highrises. When I reviewed these drawings, especially the details of their strong and rigid steel construction, it became immediately clear that the official explanation – that a plane impact and resultant fires caused the total near-free-fall collapses of these buildings – is not only false but a physical impossibility. The collapses seen by millions on television were controlled demolitions that required immense, long and difficult planning and preparation as well as detailed accurate knowledge of their steel construction.
This Presentation will give an overview of the most important findings from that investigation in light of my specialized knowledge and expertise as a façade engineer.

“Parallels Between the WTC and Pentagon Evidence and Why It Matters”

Barbara Honegger, M.S., has served in high-level positions in the U.S. Government, including White House Policy Analyst, Special Assistant to the Assistant to the President, and Director of the Attorney General’s Law Review at the Department of Justice. For a decade and a half, Ms. Honegger then served as Senior Military Affairs Journalist at the Naval Postgraduate School, the premiere science, technology and national security affairs graduate research university of the U.S. Department of Defense. Her pioneering book October Surprise, on the deep story behind the Iran side of the Iran/Contra scandal, subsequently confirmed by formerly classified documents, led to a full-subpoena-power Congressional re-investigation funded at the level of the 9/11 Commission. Since 9/11,Ms. Honeggerhas been a leading investigative researcher, journalist and author on the events of that day, speaking at conferences and giving presentations in the U.S., Europe and Canada. She is a Board Member and Officer of the Lawyers’ Committee for 9/11 Inquiry, researched and produced the video documentaries ‘Behind The Smoke Curtain’ on the Pentagon attack and the ‘9/11 Museum Virtual Walking Tour’ and is the visionary behind and personally executed the ‘Third Beam’ Spotlight shown into the NYC skyline on the 9th Anniversary of the attacks that has become the Icon the 9/11 Truth and Justice Movement worldwide. Ms. Honegger earned Bachelor of Arts degree from Stanford University; a Master of Science degree in Psychology from John F. Kennedy University; and Masters level certification in National Security Decisionmaking from the Naval War College. Ms. Honegger’s paternal ancestors are from Canton Zurich, Switzerland.

Part 2:
Breakthroughs for 9/11 Truth and Justice

Jane Clark, Esq., is a Board Member and was the founding President of the Lawyers’ Committee for9/11 Inquiry. Ms. Clark’s Texas private law practice of nearly three decades includes Workers’ Compensation, probate, personal injury, collections and domestic relations cases. She earned her law degree from the University of Idaho Law School/Moscow, a Masters Degree in Biochemistry and Biophysics from Texas A & M University/College Station, and worked with renowned Professor Emeritus Dr. Joseph Nagyvaryof Budapest, Hungary, on cancer research. From1980 to the present Ms. Clark has worked with major John F. Kennedy (JFK) and Robert F. Kennedy (RFK) Assassination researchers including the late Lawrence Teeter, Esq., in his position as Counsel for alleged RFK assassin Sirhan Sirhan. Ms. Clark has served as the attorney for the JFK Lancer Conference,a major conference held in Dallas in Novemberof each year attended by JFK Assassination researchers worldwide.

“The Genesis of The 9/11 ‘War on Terror’: How Much Does Mainstream Academia Really Know?“

It is now 18 years since the events of 9/11 and the subsequent initiation of a global ‘War on Terror’. Ever since then the world has witnessed a series of major armed conflicts and the abuse of civil liberties across Western democracies including the use of torture. At the same time, there is no disputing the fact that propaganda, understood as the organized and intentional manipulation of beliefs and behavior, has played a major role throughout the global ‘war on terror’. How far and how deep the propaganda runs with respect to the ‘War on Terror’ and all of these events is, however, unclear. If there has been manipulation of the public mind through propaganda, to what extent has this involved deception about the event of 9/11 itself and how it should be interpreted by people in the West? For example, to what extent has the fear of ‘Islamic fundamentalism’ been exploited in order to pursue wars that are for other purposes? Has the role played by other actors, including states, in the events of 9/11 been deliberately obscured? Most importantly, has academia persuasively and comprehensively established and accurate account of the genesis of the ‘War on Terror’. This Presentation will show that current mainstream academic research has failed to properly evaluate the events of 9/11 and that current academic orthodoxy is based principally on belief in the official narrative rather than knowledge grounded in rigorous and factual scientific analysis, which is particularly problematic due to the persisting and substantive questions regarding the events surrounding 9/11. By way of conclusion, a research agenda and approach, necessary to resolve these outstanding issues, is presented.

“Research on The Collapse of WTC7 in Switzerland: Why Is It So Difficult?”

As a historian in Switzerland I have been interested in the collapse of WTC7 for many years. In September 2006 I published an article in the Swiss daily newspaper Tages-Anzeiger and publicly asked the question: Was WTC7, which was not hit by a plane, destroyed by controlled demolition – or by fire, which is the official explanation. In that article I quoted Swiss experts on the subject, such as: “In my opinion the building WTC 7 was, with great probability, professionally demolished,” said Hugo Bachmann, Emeritus ETH-Professor of Structural Analysis and Construction. Likewise, Jörg Schneider, also Emeritus ETH-Professor of Structural Analysis and Construction, interprets the available video recordings as evidence that “the building WTC 7 was with great probability demolished.” I insisted in that article that we need a public debate about this important question. Yet the Center for Security Studies at ETH Zurich where I was employed and researched urged me not to work on this issue. Under pressure I left ETH Zurich and moved to the history department of Basel University, while different journalists tried to discredit me with smear campaigns. Later I taught at University of St. Gallen  but in 2017 was attacked on the Swiss Television program Arena by Swiss journalists for questioning the official explanation of the collapse of WTC7. In my Presentation I explore the question: “Why is it so difficult to research WTC7 in neutral Switzerland?”