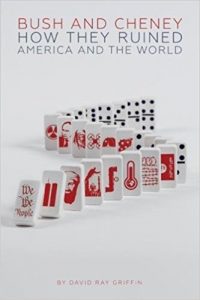 Was Americas response to the 9/11 attacks at the root of todays instability and terror? Because of various factors, including climate change, ISIS, the war in Syria, the growing numbers of immigrants, and the growing strength of fascist parties in Europe, commentators have increasingly been pointing out that the chaos in the world today was sparked by the post-9/11 attacks on Afghanistan and Iraq. At the same time, there has also been much discussion of ways in which the Bush-Cheney administrations response to 9/11 has damaged America itself by stimulating Islamophobia and fascist sentiments, undermining key elements in its Constitution, moving towards a police state, and in general weakening its democracy. While the first two parts of this book discuss various ways in which 9/11 has ruined America and the world, the third part discusses a question that is generally avoided: Were the Bush-Cheney attacks on Afghanistan and Iraq really at the root of the ruination of America and the world in general, or did the original sin lie in 9/11 itself?