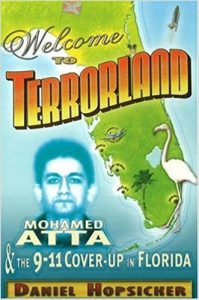 Investigating the associations of Mohamed Atta and other terrorist pilots in Venice, Florida, as they prepared for the 9/11 attacks, this work discloses the FBI’s massive post-attack cover-up to conceal their knowledge of the terrorists’ activities. Unreported stories including the assassination attempt on President George W. Bush on the morning of September 11, 2001, and the rampant drug trafficking of the flight school financier are fully discussed, with attention to the stunning evidence of the CIA’s knowledge that hundreds of Arab flight students were pouring into southwest Florida. This examination of the conspiracy behind the 9/11 investigation and the CIA complicity in the illegal activities that allowed the known terrorists to continue offers truth behind the “official” story of the attacks.